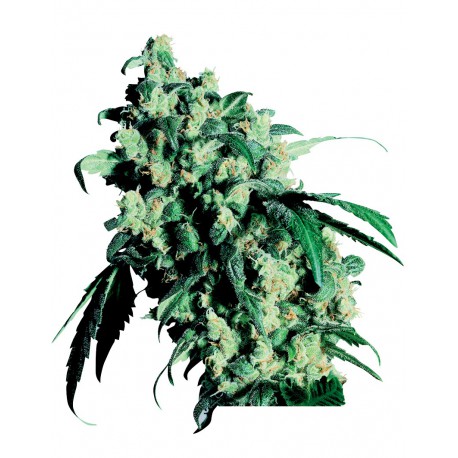 With the cannabis seeds of the Super Skunk by Sensi Seeds you, as a grower, have access to something really special. Not least because of the fascinating historical origin of these cannabis seeds.

With the cannabis seeds of the Super Skunk by Sensi Seeds you, as a grower, have access to something really special. Not least because of the fascinating historical origin of these cannabis seeds. During the lengthy development course which eventually resulted in the Super Skunk weed seeds, it frequently looked like the breeders at Sensi Seeds had set the bar a little too high for themselves. Undoubtedly there were moments during which these professionals felt the urge to give up but luckily they have not done so. The result is an award-winning type of an excellent quality.

The base for the Super Skunk weed seeds was the Skunk#1 and after several attempts whereby all kinds of crossings were tested, the solution suddenly appeared to arise. New input of the Afghan types that were recently added to the collection of Sensi Seeds led to the breakthrough. Super Skunk was a fact, and buying cannabis seeds of this 80 percent indica-dominant type has since been possible. The quality does not only convince the growers but also the experts at several events: Super Skunk has won numerous awards.

The weed seeds of the Super Skunk perform particularly well in a greenhouse or indoors, and the harvest with which the grower is rewarded cannot be called any other than impressive. The Super Skunk by Sensi Seeds is in fact a richer, tastier successor of the Skunk#1 that also has even more potential than its predecessor.

Since its introduction in 1990, the Super Skunk has become an essential part of the Sensi Seeds collection. With the development of this type, a new indicator was introduced based upon which cannabis would be assessed as of that moment.

The Super Skunk weed seeds are a perfect option for growers at all levels. This type is extremely accessible and it is actually almost impossible to do something really wrong during its cultivation. When you pay a bit of attention to the basic conditions such as humidity (water) and light, the seeds will grow into harvestable buds in approximately 40 to 50 days that will provide a lot of pleasure while smoking it.