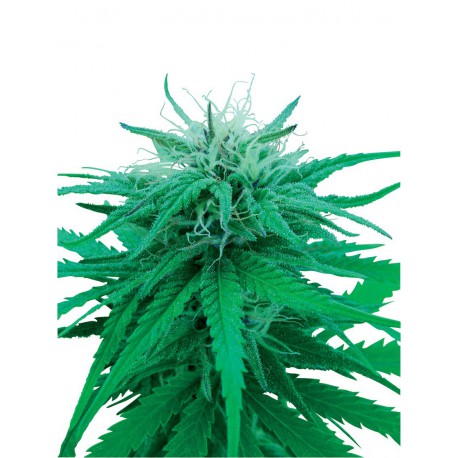 There are several reasons you can think of why you should grow the cannabis seeds of the Ruderalis Indica. This type has a number of elements that can convince the demanding grower of the fact that it is a good idea to buy the weed seeds of this indica developed by Sensi Seeds. For example, are you a person who prefers a type of cannabis with quite a high Cannabidiol content (CBD), but at the same time a not too excessive THC content? The cannabis seeds of the Ruderalis Indica grow into a plant that satisfies your every wish. Also when you would not describe the climate you live in as being really summery, the Ruderalis Indica is perfectly suitable. This plant just deserves paying a bit of attention to the indestructible qualities of this type of weed seeds.

So, what is it that makes the characteristics of these cannabis seeds so spectacular? Especially their adaptability. It is therefore not surprising that the weed seeds of the Cannabis Ruderalis germinate in the wild in, for example, Eastern Europe and grow into sizeable plants; they are not bothered by the cold. Even when the seeds are exposed to temperatures below zero for a long period of time, you may still expect a beautiful harvest. The Ruderalis Indica has the same qualities, but with an indica touch. Obviously you, as a grower, will not deliberately throw your cannabis seeds into the freezer, but the robustness of the weed seeds mainly shows that there is practically nothing you can do wrong. A planter, a bit of nutrition and some potting soil are enough to have to the plants grow from germinating seedling into a full-blown plant within approximately 11 weeks. On top of that, the Ruderalis Indica by Sensi Seeds is for 50 percent Automatic (Autoflowering) which means that half of the plants go through a flowering cycle, independent of the amount of light to which the plant is exposed.