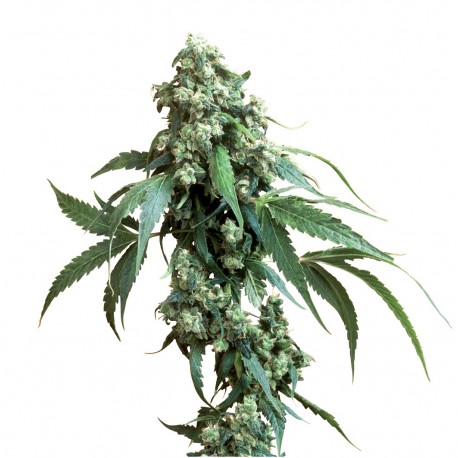 The combination between sativa and indica is sophisticated (ratio 45/55) and produces a high plant that flowers in approximately 65 days. Resin is abundantly present in the buds.

The cannabis of the Jack Herer-family had held a leading position for many years already when the breeders of Sensi Seeds came up with a daring plan. Expand the Jack Herer-family with cannabis seeds that were extremely suitable for growers who want to cultivate the plants indoor. Of course that was easier said than done, because varieties with a tropical preference do not always perform well in the greenhouse. The cannabis seeds that were about to be developed would have to change that. The solution was just as simple as it was complicated: some Skunk-properties had to be added without losing the typical high that is so characteristic for the Herer (actually a Haze). So, cannabis seeds with an entirely own identity.

Incredibly so, Sensi Seeds succeeded in this intent. The result were the Jack Flash weed seeds that offer a perfect high to the smoker, but at the same time produce a harvest you would actually not expect of this variety. The combination between sativa and indica is sophisticated (ratio 45/55) and produces a high plant that flowers in approximately 65 days. Resin is abundantly present in the buds. The potency of the Afghan indica ensures a plant that can just sky-rocket and when the sativa is dominant, buds will arise that are reminiscent of a sturdy Skunk Haze in every aspect.